Our mission is to provide exceptional and progressive balanced dog training, with the highest quality service. The goal is to allow our clients to have a better experience by unleashing their dog’s true potential and guiding dog owners. The process includes helping dog owners understand, communicate, work with their dogs, resolve training challenges and behavior problems in a real world setting.

We have a team of dog trainers and dog behaviorists in Nassau County, Suffolk County, Queens, Brooklyn, and Manhattan areas with the passion of helping dog owners achieve a happy and harmonious relationship with their dogs. From the simplest to most severe behavioral problems, K9 Mania dog training will consistently deliver results that are proven to exceed our clients’ expectations.

We work with all breeds, any dog, and any problem. If you are ready to transform your dog and your life, we are ready to help! 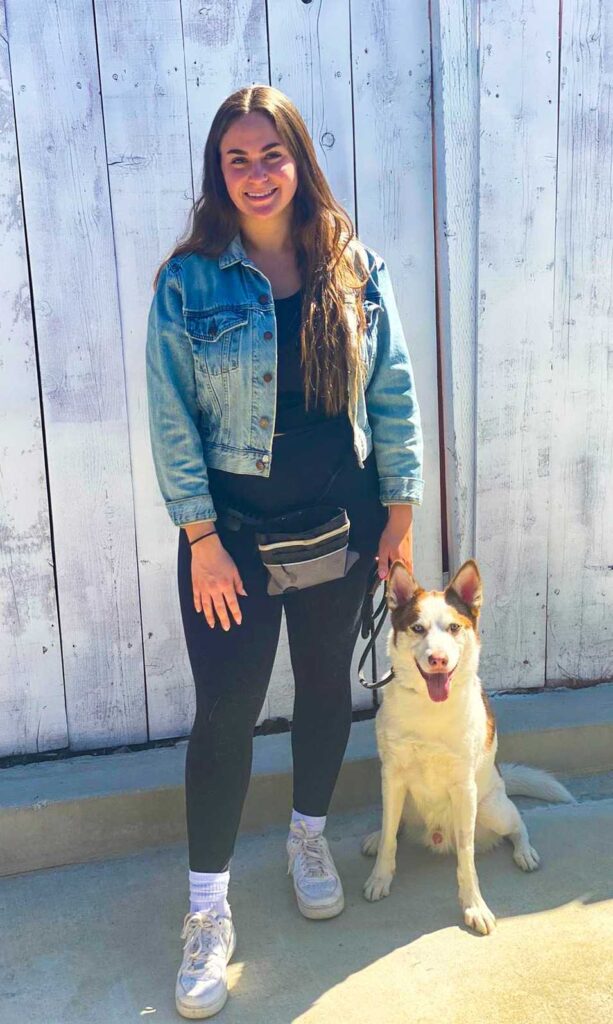 Jacquelyn Court is a highly experienced dog trainer and behaviorist with an excellent track record in handling anxious dogs. While armed with a degree in Communications, Jacquelyn always knew she wanted to work with dogs as an adult.
Read More

Jacquelyn is naturally outgoing. She displays the same attitude when helping her clients through behavioral coaching. She exhibits incredible patience in teaching and guiding dogs to conduct themselves accordingly. Her training method allows dogs and owners to understand one another better. For Jacquelyn, training is not only  for dogs but also their owners. She furthers that each owner must understand their dog’s body language to communicate and build a good relationship with them.

Jacquelyn is determined to work with individuals looking to establish an excellent foundation for their puppies. She takes a particular interest in helping anxious dogs overcome their uneasiness. Inspired by the great feedback she gets from clients whose dogs have made significant progress in training, Jacquelyn continues to work hard to make the lives of dogs and their owners easier.

Jacquelyn grew up surrounded by and was raised with three dogs for most of her childhood. Today, she takes care of her dog Blu who has been with her for three years. Blu used to be a mental stimulation type of dog, but Jacquelyn describes him as calmer now that he’s older. For Jacquelyn, being around dogs and helping them grow is a dream come true, a giant leap of faith she knows she will not regret. 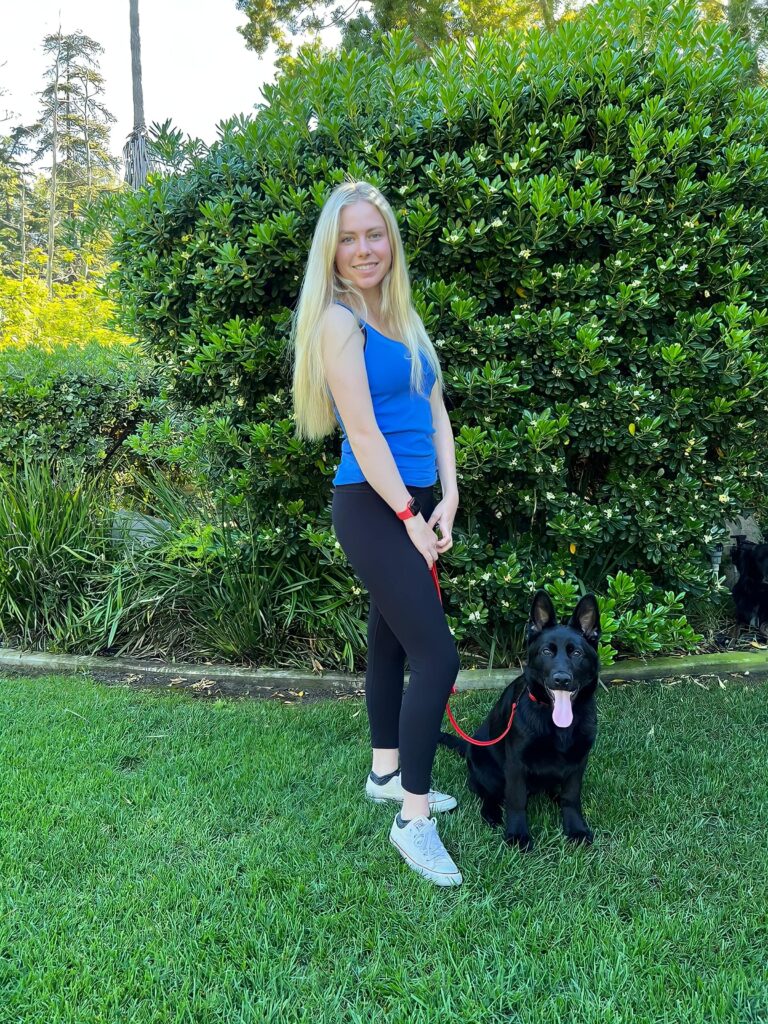 Ashley Demichele is a passionate, professional, and experienced dog trainer who has grown up around animals all her life. This has inspired a burning love for all kinds of critters, but dogs have an especially huge part of her heart. This love is shown every time she trains dogs, which allows her to create unbreakable bonds between fur parents and their fur babies.

Ashley’s work ethic and dedication when training dogs have consistently produced excellent results that always satisfied dog owners. She understands the needs of the dogs that she trains and focuses on ensuring that their unique situations are always her top priority.

This has led to major changes and improvements when dealing with cases that involve fearful or anxious dogs, as well as the typical obedience training programs. Ashley also makes it a point to talk to clients to truly have a good grasp of what they want and what the problem with their dogs is. Her personable nature and honest approach help to reassure dog owners that their dogs are in good hands.

Other than dogs, Ashley has also spent a lot of time around other animals such as goats, horses (which she rides), pigs, and chickens. She even moved to Utah to work on a ranch. 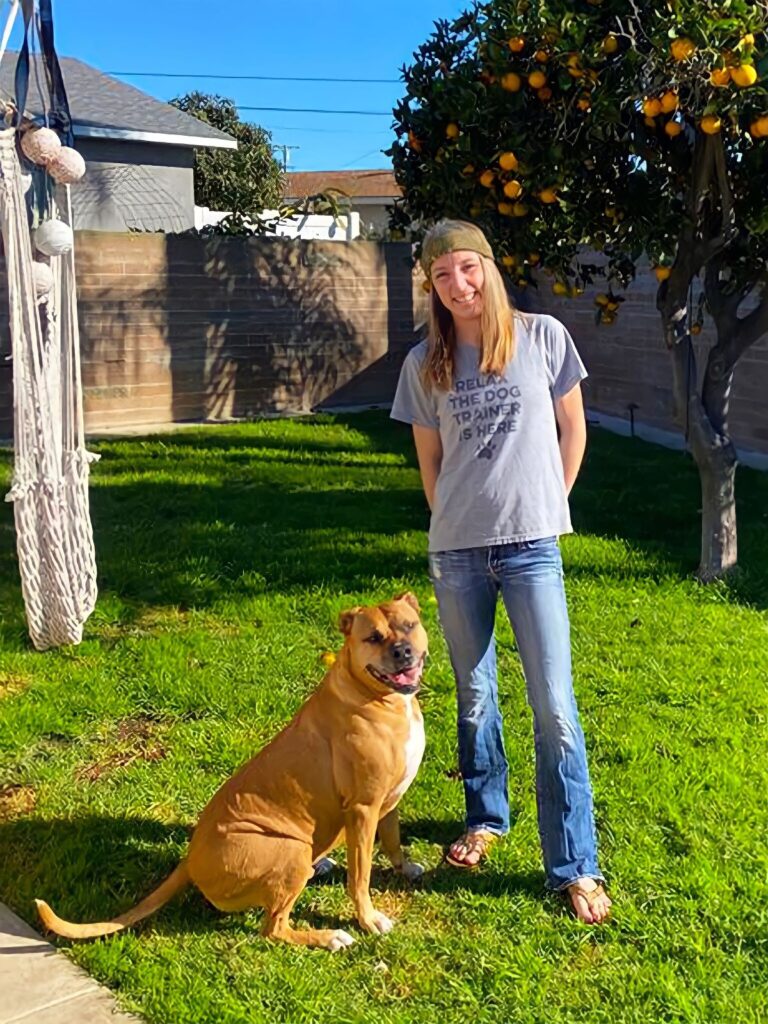 Ash Rose is a highly accomplished dog trainer and behaviorist with a pristine record of successfully dealing with issues that involve embarrassing or undesirable behavior.

She specializes in dog behavior modification and therapy work. She trains dogs to provide companionship to owners suffering from anxiety and other psychological disorders. Ashley has also proven remarkably adept at handling stubborn dogs by curbing their more undesirable habits and poor impulse control.

A huge part of Ashley’s success in many of the cases brought to her attention is the formation of strong bonds between dogs and their owners. She did so by establishing excellent communication and trust, along with involving dog owners in the training of their dogs.

Her ability to communicate with and facilitate the wishes of the clients with regard to their dogs has also earned her significant praise from owners. The huge number of positive feedback she has received throughout her career says everything about her considerable skills as a dog trainer.

Ashley’s love for dogs stems from her own traumatic experiences that were alleviated when she rescued her first canine companion, Whiskey. This was also the period where she developed a huge appreciation for music, which she uses for therapy. Recently, her family was joined by a piebald pit named Gambit Ragnar. 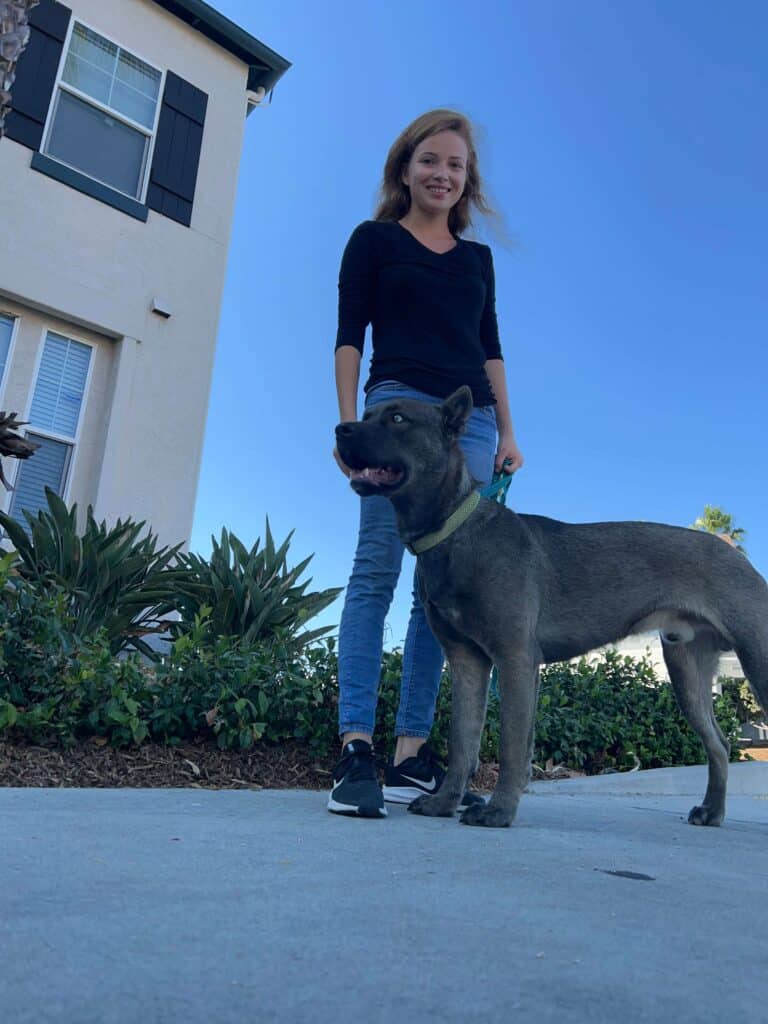 Shelleen Peterson is a highly skilled dog trainer and behaviorist with a lot of experience in handling sensitive cases such as reactive dogs. She is passionate about helping dogs, regardless of their circumstances, thanks to her own experience in owning dogs with health issues.

Clients appreciate Shelleen’s professional attitude despite her bubbly personality. She is incredibly effective at communicating the details involved when training dogs. This helps clients understand what the problems are and what they can expect from the training that their dogs will receive.

Shelleen is particularly effective at helping clients who want their dogs to be more housetrained. Teaching dogs not to jump on guests, behave even when their owners are not around, or stop barking all the time is achieved thanks to her skills and dedication.

Owners who truly want their dogs to learn and improve are the types of clients that Shelleen loves to work with. Being able to effectively communicate with owners about their problems and what they hope to achieve by getting their dog professionally trained truly helps in getting the job done right.

Shelleen is a wife and mother with two children. She is passionate about her family and would like to help dog shelters by providing training and care to dogs. She has a Belgian Malinois and Husky mix named Range, as well as a French Bulldog named Oakley.

See how Booper was Before he started training with

With all the madness that comes with owning a dog,

Leash reactivity can stem from fear, anxiety, or p

Congratulations on completing your training, Ozzy!

It's Feedback Friday! 🎉 We love how much pride

Happy Thanksgiving! 🤗 We’re thankful for the

It’s MY DOG DAY! WOOT! K9 Mania is sending our

LET THEM SNIFF WHY? ✅ Dogs see things through t

How to Train a Reactive Dog on Leash

This website uses cookies to improve your experience while you navigate through the website. Out of these, the cookies that are categorized as necessary are stored on your browser as they are essential for the working of basic functionalities of the website. We also use third-party cookies that help us analyze and understand how you use this website. These cookies will be stored in your browser only with your consent. You also have the option to opt-out of these cookies. But opting out of some of these cookies may affect your browsing experience.
Necessary Always Enabled
Necessary cookies are absolutely essential for the website to function properly. These cookies ensure basic functionalities and security features of the website, anonymously.
Functional
Functional cookies help to perform certain functionalities like sharing the content of the website on social media platforms, collect feedbacks, and other third-party features.
Performance
Performance cookies are used to understand and analyze the key performance indexes of the website which helps in delivering a better user experience for the visitors.
Analytics
Analytical cookies are used to understand how visitors interact with the website. These cookies help provide information on metrics the number of visitors, bounce rate, traffic source, etc.
Advertisement
Advertisement cookies are used to provide visitors with relevant ads and marketing campaigns. These cookies track visitors across websites and collect information to provide customized ads.
Others
Other uncategorized cookies are those that are being analyzed and have not been classified into a category as yet.
SAVE & ACCEPT
Menu
Menu